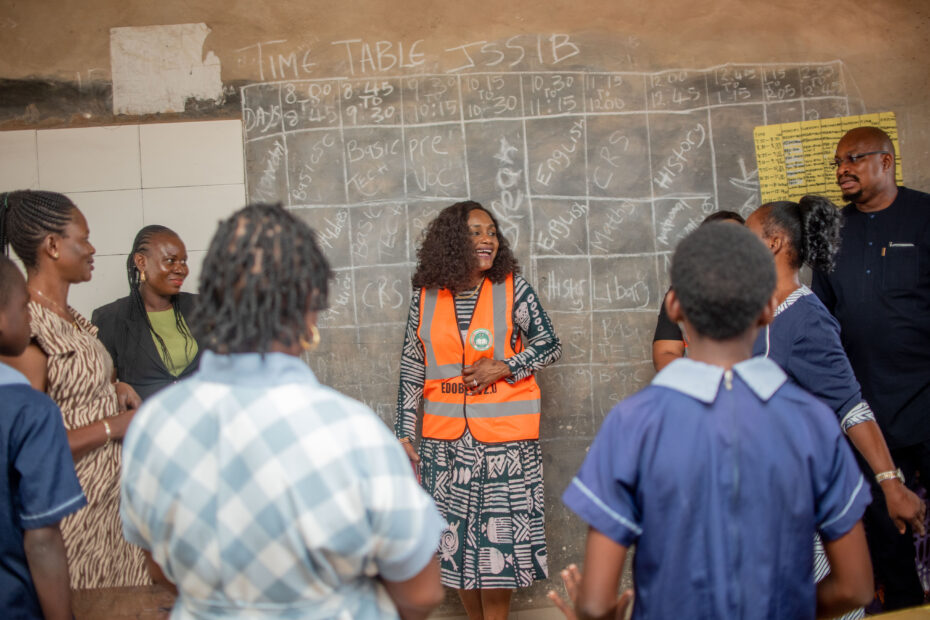 The Executive Chairman of Edo State Universal Basic Education Board (Edo SUBEB), Mrs. Ozavize E. Salami has called on parents and guardians of pupils in primary and junior secondary schools to demonstrate more committed to the education of their children as the new academic session begins.

Mrs. Salami made the remark during resumption monitoring visits to schools as part of activities marking the commencement of the 2022/2023 academic session on 12, September 2022.

“Government has put in place the machinery to ensure that quality education is delivered to all our pupils from the very first day of school resumption across Edo state. In the schools that we have visited, learning has commenced, teachers are in school and they have started teaching. We have done our part, cleaned the schools, made ready lessons but the parents must send their children to school so they can take full advantage of our readiness,” Mrs. Salami said.

At Olua Primary School, the headteacher guided the Executive Chairman and her team on a tour of the school amidst excited pupils who greeted the visitors with cheers and EdoBEST songs. At Emotan College (Junior Secondary School), teachers were seen in their numbers as they came prepared for school resumption.  Pupil turnout was encouraging but quite a numbers of students were yet to show up.

To strengthen the quality assurance process, a two-day E-Quality Assurance capacity building exercise was conducted for Quality Assurance officers in partnership with the National Space Research and Development Agency (NASRDA) and Universal Basic Education Commission (UBEC) during the holiday.

Also, prior to school resumption, 1,446 teachers and school leaders from primary and junior secondary schools were part of a 10-day EdoBEST Induction Training which ushered in all Junior Secondary Schools and classes into the EdoBEST programme.

Several parents were seen making enquiries about admission processes for new intakes while some collected forms to process admission for their wards in the schools that were visited by the Executive Chairman and her team.

Before the academic session began, Governor Godwin Obaseki had charged that parents and guardians of out-of-school pupils in Edo state would be prosecuted.

In line with this, the Honourable Commissioner of Education has launched the “School O’Clock Campaign” that seeks to implement this directive of the Governor.

Staff across the education sector ecosystem from across the 18 local government Areas will run daily patrols to locate children who are not in school between the hours of  7.40am and 2.45am on school days to ensure that no child in Edo state is left behind in the drive to get all pupils in school. 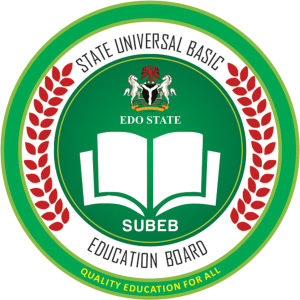